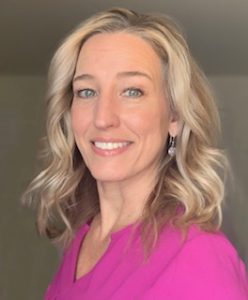 Amber joined the TCC team in November 2022. She spent the last seven years at Kelly Services in Troy, in Global Security and Investigations & Risk and Insurance Management. As co-leader in 100 Women Who Care North Macomb, Amber brings to TCC experience growing a non profit.

Amber works closely with clinic staff, medical and dental directors, and volunteers to serve individuals in need of no-cost dental and health care.

A graduate of the University of Michigan, Polly worked in health care for 30 years at Henry Ford Health System, St. John Health, and Pennsylvania Hospital. Polly has also taught at Wayne State School of Social Work.

At TCC, Polly assists in the medical clinic, requests and stewards community resources and grants, and keeps the clinic running smoothly. 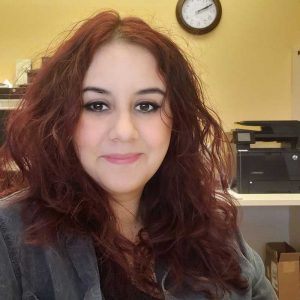 It has been almost five years since I chose to step into the dental field. It was no doubt one of the best decisions I have ever made. After graduating from Ross Medical Education Center, I went on to work for a few dental offices. It was not long into my search that I found Trinity Community Care. After meeting the amazing people here and learning of the profound work they do, I knew this was a place I could make a difference.

As the dental coordinator for Trinity Community Care, I hope to bring ease to patients’ minds by reassuring them they are in safe hands with us. 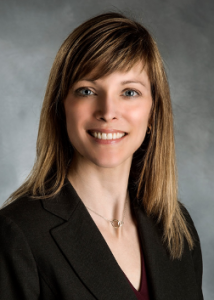 Amanda LaVoie, R.D., M.S., became board chair in 2022. Amanda earned her bachelor of science in dietetics at Michigan State University and her master of science degree at Walsh College.

She has worked for Beaumont Health for 20 years in a variety of roles.  Currently, Amanda is director of service excellence and environmental services.

In her spare time, Amanda enjoys spending time with her family – boating in the summer and at ice skating rinks for hockey and figure skating events with her children during the school year. 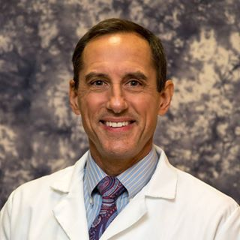 Dr. Antolak Graduated from University of Michigan School of Dentistry in 1987 and has a dental practice in Shelby Township.

Dr. Antolak is Married to Polly and has 2 children Matthew and Grace.  He has been involved with dental mission work with his home church Faith Lutheran Church in Troy since 1999.  During one of the Haiti trips in 2011 a decision was made with others to start a free dental/medical clinic to treat those who were underserved and this was the birth of Trinity Community Care.

He loves Jesus and enjoys playing hockey, hunting, fishing and being with his family.  He is an active member of his church, Faith Lutheran Troy Michigan. 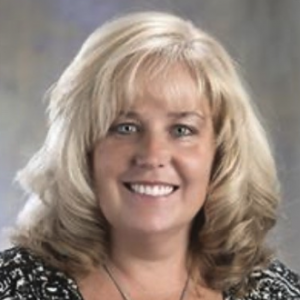 Kimberly attended University if Michigan 1985-1989 obtaining an undergraduate degree in Biological Psychology, attended Wayne State University School of Medicine 1989-1993 and William Beaumont Hospital Emergency Medicine Residency 1993-1996. She is currently an attending physician at William Beaumont Troy Emergency Center.  She helped found Trinity Community Care and has been the medical director since 2013.  TCC was inspired by multiple medical mission trips to Haiti, an effort to bring a “medical mission” home. 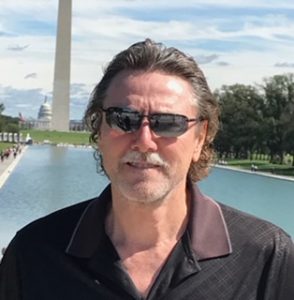 Ed Lanko is founder (1984) and CEO of Godlan Inc. (North America Manufacturing Consulting Firm).  Ed and his wife Jackie have been married for 36 years. Ed is a member of Rockpointe Community Church in Sterling Heights, MI,, as well as a member of C12 (Christian Peer Advisory Group) since 2009. 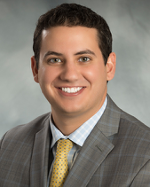 Bryan Wickersham has served on the Board of Directors since late 2016. He served as Board Chair from 2019-2021.  Bryan graduated from Walsh College in 2015 with an MBA, specializing in health services administration. Prior to that, he received a bachelor’s degree in hospitality business from Michigan State University in 2008. Bryan, his wife Chelsea, and his two young boys, Tommy and Charlie, are members of Trinity Lutheran Church in Utica, MI.  When not spending time with family or working, Bryan can be found at the golf course! 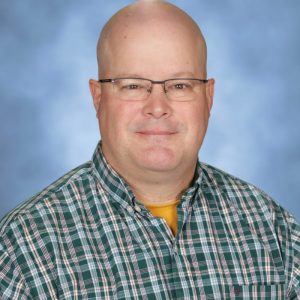 Pastor Chad was born in Wisconsin. He earned his Bachelor of Arts from Martin Luther College in New Ulm, Minnesota in 1996. In 2000 he received a Master’s of Divinity from Wisconsin Lutheran Seminary in Mequon, WI and in 2008 a Master’s of Science in Mental Health Counseling from Walden University in Minneapolis, MN. He served two congregations in Beaverton and Gladwin, MI, from 2000 to 2004, and then a congregation in Hadar, NE, from 2004 to 2008. He completed colloquy into the LCMS in 2011. He worked as a full-time counselor with agencies in Norfolk, Nebraska for over 11 years. He also helped as a part-time assistant pastor from 2010-2019 in Battle Creek, NE. In 2019, Trinity Lutheran Church and School in Utica, MI, called him to be the Associate Pastor of Christian Care and Counseling. He is a licensed professional counselor in the State of Michigan and a National Board for Certified Counselors approved provider.

Pastor Chad has been married to the love of his life, Shanna, since 1996. They have 5 adult children and one daughter-in-law. They enjoy day trips and exploring the outdoors. He is a total “Cheesehead.” He also loves sci-fi, especially Star Wars.

Pastor Chad loves sharing the love of Jesus with others. He loves encouraging and supporting his brothers and sisters in the faith. He started his position on the board of Trinity Community Care in 2020. 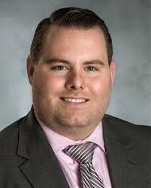 Brad currently serves as the Vice President, and Chief Nursing Officer at Beaumont, Grosse Pointe. Brad graduated from Wayne State University with a bachelor‘s of Nursing and from Western Governors University with a master’s Degree in Nursing. Brad also attended Baker College and obtained a master’s in business administration. Brad is a board certified nurse executive as well as fellow of the American College of Health Care Executives. Brad was recognized in Dbusiness Magazine “30 in their thirties” and by Oakland County “40 in their forties. Brad is most proud of his work in the community currently serving as the chairman of the Sterling Heights Regional Chamber of Commerce and a Director on Trinity Community Care Board. Brad is a graduate from Leadership Macomb and has a passion bringing community leaders together to tackle difficult issues like improving access to healthcare to the underserved. Brad is inspired daily by his wife Ilona and his son Sebastian. The loss of his daughter prompted him and his wife to start a non-profit organization to help others suffering from the loss of a child in their daughter’s name called the Poppy Project.” 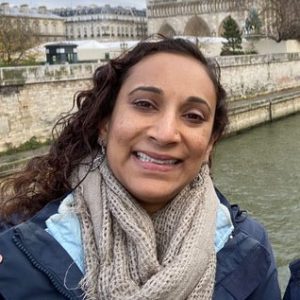 Excited to join the Trinity Community Care team, Avni joined the board in May 2021. As a nonprofit fundraiser for the past 15 years, Avni has worked in higher education and senior services researching and writing grants.  Avni has a Bachelor’s in Psychology and a Master’s in Public Administration. With a passion for health care, Avni is ready to roll up her sleeves and have a direct impact on people’s health.

Want to get involved?